So many freedoms we don't often see 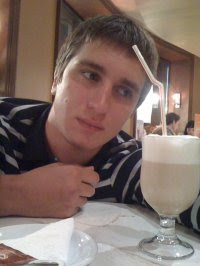 Many of you know I spent 4 months teaching english in Moscow right before I got married. I lived with a wonderful family Tonya (the mom) and Dima (her then 16 year old son). Sadly Tonya passed away almost a year after I left but I have kept in close contact with Dima and love him dearly; he is my 3rd little brother! We were talking the other day and I expressed my deep desire for him to come visit me here in the states, something we've both dreamed about since I lived there. He explained they have 2 passports there, one that allows you to travel inside Russia and one that allows you to travel outside of Russia. To obtain one that would allow you to travel outside the country you have to be over 29 or serve in the military. No way around it (well, legal way!) Serving in the military in Russia is a very scarey and dangerous thing. They are not well taken care of and for someone like him, who has no family, its a fear that he'd be allowed to be in more dangerous parts because there's no one to miss him if something happened. (That is how Tonya explained it to me when I lived there!) I so often forget and take for granted the freedoms that come with being an american! We can leave when we want, he is litterally not allowed to leave the country. At a recent fireside I attended a South African man who had served as a mission president here in Colorado talked about the whinny attitude Americans seem to have! "You are richer than 95% of the world" he said! Think about that! 95%!! He also pointed out that every news program you turn on is complaining about something, blaming someone, when we have nothing to complain about! We complain about katrina and the trailers not being provided in time-THEY GOT TRAILERS? Our country is amazing and he told us it is so because we are a nation of action. When a natural disaster occurs we don't hope they survive we take work off to travel there to serve.
I know I seriously take for granted the things I have just because of my address. There are so many blessings that come from living here that we don't even realize we have because we're so far from the rest of the world. When I spoke to Dima I remembered! We have so much!
Posted by Shawntae at 12:06 PM

Wow, that is so true. It's interesting, the perspective you get after having lived in another country for a time. I've only ever spent a significant amount of time--five months--in England while Jacob was on his second deployment, but even there it is different, and that is probably one of the freest countries in the world. It's easy to gripe about things here, but then when you think about where else you would want to go, there really isn't anywhere. We already are in the promised land and we have to make the best of what we have. Thanks for the perspective. How are you guys doing? Love ya! Wendy

Shawntae, I loved your post. I always try and remember how lucky we are, but sometimes I think I don't truly realize how blessed we really are to live here. Thanks for the reminder! 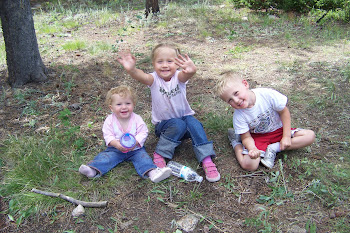